UEFA Women’s Euro 2022 Screenings: Where To Watch In London

UEFA Women’s Euro 2022 Screenings: Where To Watch In London

The UEFA Women’s Euro 2022 takes place from 6-31 July — and England are among the favorites to win the title! Here’s where you can watch matches on the big screen in London. (We’ll update this as more venues announce screenings). 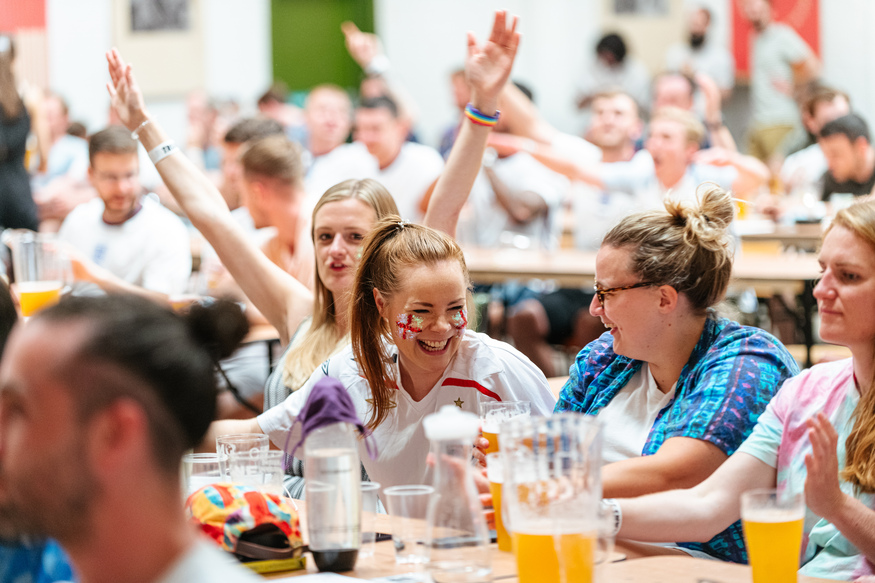 Blackhorse Beer Mile brewery Truman’s Social Club is screening every England match (the team’s opening group games are 6, 11 and 15 July) on a 16ft wide HD screen in its massive beer hall. There are over 20 beers on tap to celebrate/commiserate with (although not all at once, thank you). Free entry, book ahead

All three Boxparks — in east, south and northwest London — are screening coverage of the tournament, with many of the games (and not just the England ones) being broadcast on their large screens. This being Boxpark, mind your head for beer showers when England score a big goal. Free entry, book ahead 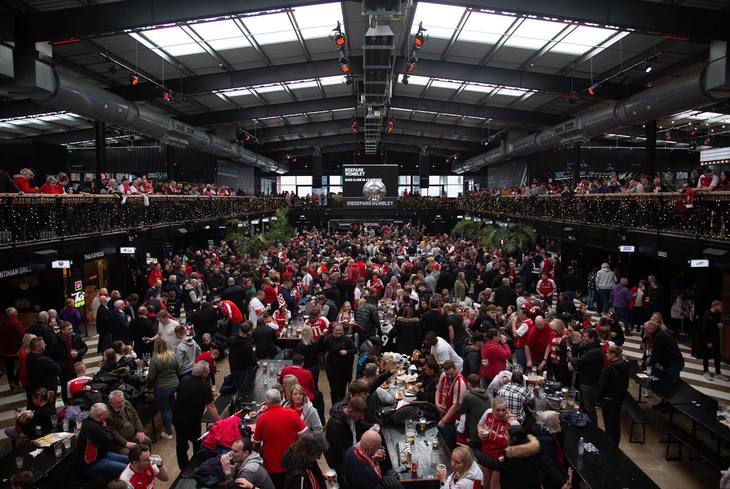 All three box parks are screening the action. Image: Boxpark.

From Saturday 23 July to Sunday 31 July, an entire football ‘village’ turns up at Trafalgar Square, featuring a pop-up football pitch, live panel discussions, official Euro 2022 merch, and a couple of huge screens, which — we’d Assume — are screening all the remaining quarter-final games, through to the final itself. (It’s also screening Bend It Like Beckham on July 24.) Free entry, just turn up

Not a big screen, but rather your own private ‘social box’. You’ll need a fair few friends to make the most of Toca Social’s Euro screening; for £350, groups of up to 20 can secure a private space to watch any England game, while draining the 14 pints of Birra Moretti included in the price. (You’re right, if it’s a full house, that’s just 0.7 pints each.) £350 for up to 20 people

We’ll update this article when we get news of more screenings. If England progress from the group stages — and especially if they make it to the final at Wembley — we’d expect many other venues across the capital to be dusting down their oversized screens.

For more places to watch the UEFA Women’s Euro 2022, check out The Best Pubs And Bars For Watching Football In London. Reckon at least some of these will be showing games.