A protester set fire to his arm during the opening session of this year’s Laver Cup at the O2 in London.

The incident happened during the match between Stefanos Tsitsipas and Diego Schwartzman on the first day of the competition.

Tsitsipas clinched the first set 6-2 and during the changeover a man ran on to the court and lit a fire, which briefly set his arm ablaze. 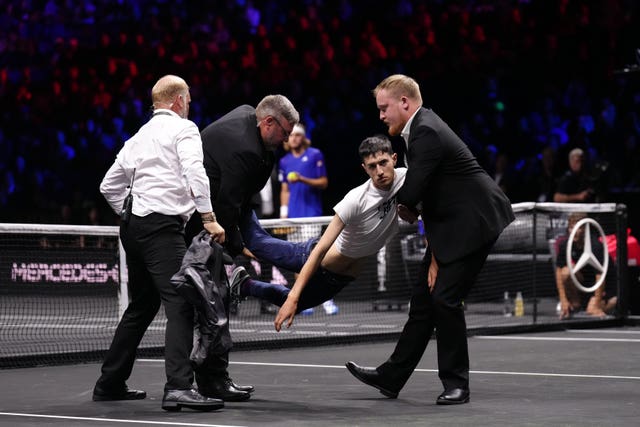 The individual was wearing a t-shirt which read: “End UK Private Jets” and was quickly dragged out of the court after the fire had been extinguished.

After a brief delay, the match, the second of day one, was able to resume.

East London football fan shaves chest and back for England