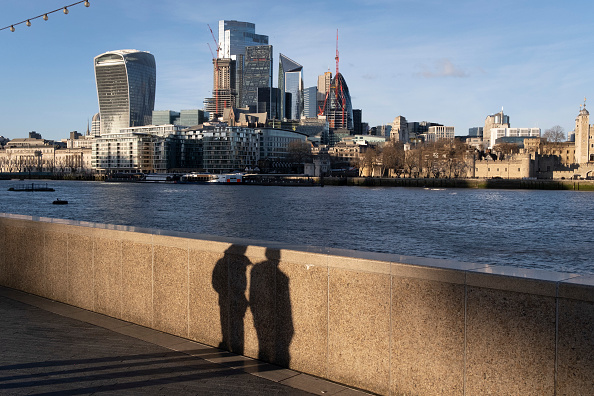 New business activity in the capital has reached an eight-year high, but optimism remains cautious with rising inflation and pressures on input costs.

There has been a resurgence in trade across the London, with growth rising from 57.3 per cent in January to a three month high of 63 per cent, in February.

Growth reported in figures published in the NatWest London Business Activity Index. is being attributed to a rise in new businesses and a spike in job creation, as the City continues to recover from the impact of coronavirus.

It indicates the rate picked up the fastest since November 2013, while London accelerated the quickest nationally, owing to renewed confidence after the lifting of restrictions.

While employment in the private sector rose for the first time since August 2021, there were concerns about rising input prices for firms, due to higher staff salaries and rising fuel prices.

Around 62 per cent of companies recorded an increase in costs, as the gap between the capital and the rest go the country continued to narrow, to the smallest level since May 2020.

“The uplift in activity growth across London was encouraging and suggested that the city had overcome the impact of the Omicron wave”, Melanie Hannay, NatWest’s regional director for London and the south east said.

She added that London :should hopefully enjoy a further recovery in tourism demand and client sales” with international travel restrictions lifted.

The optimism was however couched with caution because “inflation gauges were far from uplifting in the latest data, as input costs rose at the fastest rate since the survey began in 1996.”

The Bank of England expects inflation to reach at least seven per cent in Spring, but many consumers think it will exceed eight per cent, according to a recent survey.

“Energy prices and pressure on firms to raise salaries underpinned cost inflation, and there are no signs that these factors will diminish soon, Hannay added.

There were also concerns about the impact of the war in Ukraine on rising oil prices, which “are likely to hit businesses and consumers in the coming months, while increases in National Insurance and the energy price cap in April could restrict household spending and drive salary demands higher.”