The former actor is running as a candidate for the Mayor of London for the Reclaim Party, which he founded to wage “culture wars” (Image: PA / UK).

Laurence Fox has vowed to ban Covid passes and face masks in schools if he is elected Mayor of London.

The former actor said he wants to “stop child abuse” and remove mandatory face covers for students in the classroom at the launch of his manifesto today.

Mr Fox would not have the power to repeal national coronavirus laws if he wins the mayor’s race.

The 42-year-old is running as a candidate for the Reclaim Party, which he founded last year to wage the “culture wars” taking place in Great Britain.

In addition to the lifting of mask mandates, his guidelines include lifting the lockdown from the date of the election on May 6, scrapping low-traffic districts and removing “unnecessary” bike paths.

The founder of the Reclaim Party also promised to disappoint any school or institution that “tries to undermine our common culture through critical social justice or critical racial theory”.

When asked how he would implement these guidelines, he said, “It’s common sense. 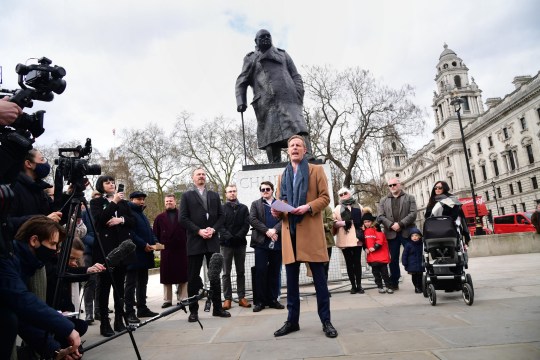 Mr Fox used the start of his manifesto to defend his right to refer to people as “pedophiles” on Twitter. He cited freedom of speech, claiming it was just a “meaningless and unfounded” insult.

Mr. Fox referred to both Mr. Blake and the former RuPaul’s Drag Race contestant, whose real name is Colin Munro Seymour, “pedophiles” in an exchange about Sainsbury’s decision to celebrate Black History Month.

He used the same word against Ms. Thorp on another thread. 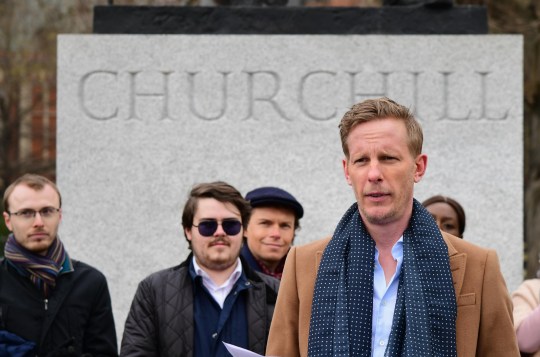 The former actor has promised a “No Mask Mandate” and a ban on Covd passports in London (Credits: PA).

After giving a speech to unveil his party’s manifesto, the Lewis actor claimed he was unaware of the libel case filed in the High Court on April 1.

Defending his choice of insult, he said, “I’ve been labeled a racist … free speech. You throw meaningless and baseless insults at someone for whom you receive a meaningless and unfounded insult. ‘

During the incident last year, Mr Fox said he was boycotting Sainsbury’s and accusing it of “promoting segregation and discrimination”.

A Patron Law spokesman, representing the three applicants, confirmed that proceedings had been initiated in the London High Court and said the firm would not make any further comments at this point. 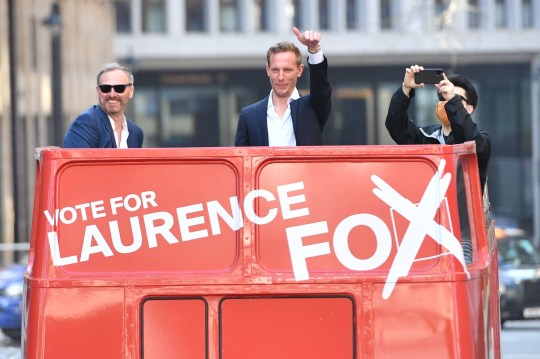 Speaking to the statue of Sir Winston Churchill in Parliament Square, London, Mr Fox said: “A year ago we gave our government three weeks of freedom to smooth the curve and now, a year later, they refuse to do this give back what was not theirs at all. ‘

He claimed there was “no reason” why we remain in lockdown, despite warnings from scientists that easing measures before vaccinating most of the population risks a third wave.

He continued, “We have been manipulated, scared and downright lied to by this government. She is now flirting with even more authoritarian measures instead of trusting us to get on with our lives.

‘London will be a city without a Covid passport. There will be no mask mandate in London. Children do not have to wear masks in school. ‘

Other pledges included a Union flag waving in front of every school and “taking politics out of the police”.

“The police will monitor streets, not tweets,” he said.

He also promised to build 250,000 new homes and conduct a “full audit” of the green belt country.

“Valuable landscapes will be preserved forever and unattractive scrubland will be turned into beautiful and affordable housing,” he said.

Reclaim has also promised free transportation on all London bus and tube services six months after the election, which critics say would bankrupt the network.

In a statement, Reclaim said, “On paper, free tariffs would cost around £ 500 million, but the real cost would be much lower or nonexistent due to the boom in London’s economy and the resulting surge in tax revenue.”

Contact our news team by emailing us at [email protected]

You can find more stories like this on our news page.

Get your latest news, feel good stories, analysis, and more

Dave Hill: A Prime Minister Truss is not what London Conservatives need