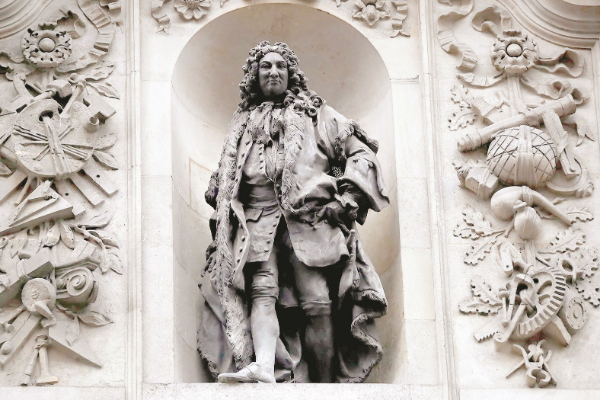 LONDON: The agency that manages London’s financial district said it will keep two statues of colonial figures associated with slavery that it had previously planned to remove. The City of London Corporation said it had chosen to keep the 17th and 18th century statues figures, but would contextualize them with information about the two men’s links to slavery after a re-vote on their status. “We have considered this matter carefully, considering strong feelings on both sides of the argument, and providing what we believe to be a reasonable, proportionate response to a sensitive issue,” said Doug Barrow, chairman of the City of London Corporation’s Statues Working Group.

He added that the organization “cannot be blind to the fact that the history of the city is inextricably linked to slavery” and called the practice “a flaw in our past”. The statues of William Beckford, a former London mayor and plantation owner, and John Cass, an MP who played a central role in the transatlantic slave trade, had been selected for removal after a public consultation. The City of London initiated the review of statues associated with slavery last year following protests in the UK and Europe following the death of unarmed black George Floyd in US police custody. The demonstrations that resulted in the overthrow of a statue of slave trader Edward Colston in the southwestern city of Bristol sparked nationwide calls for the removal of monuments linked to Britain’s colonial past.

The City of London’s U-turn on the statues is not the first by a local authority. The town of Poole on the south coast of England announced that it would remove a statue of Robert Baden-Powell following the protests against Black Lives Matter, alleging that the founder of the Boy Scout movement had Nazi sympathies. The local council later overturned its decision after a petition to preserve the statue garnered tens of thousands of signatures. The City of London has announced that the Beckford and Cass statues will remain at their headquarters in Guildhall with plaques next to them with contextual information. One elementary school in town, formerly known as Sir John Cass’s Foundation Primary School and City, University of London’s Business School, formerly Cass Business School, both changed their names to avoid association with it.