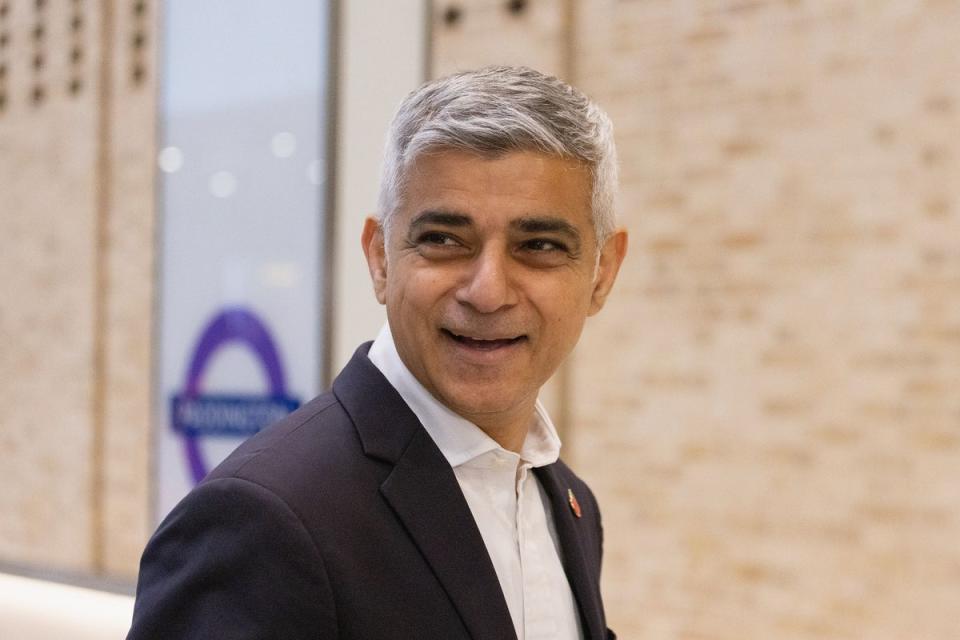 Almost 70m journeys have been made on the Elizabeth line in its first six months, Transport for London said on Monday.

Trains began running through central London on the £20bn project on May 24, several days after it was given a royal unveiling by the Queen in one of her last engagements.

Mayor Sadiq Khan and Transport Secretary Mark Harper were addressing a celebration event at the Royal Academy on Monday as London businesses hailed the “transformative” impact of the line.

Tottenham Court Road has seen an 80 per cent-plus increase in passengers while Bond Street, which only opened last month due to construction and fit-out delays, has seen a 25 per cent uplift.

However there was disruption on the western branch of the line today due to RMT industrial action at Network Rail, which affected services to and from Paddington, Heathrow and Reading.

Half of the near 70m journeys have been made in the central section between Paddington and Woolwich.

About 600,000 journeys are made on the line each day. The most popular journeys all involve Tottenham Court Road station. Stratford, Paddington and Canary Wharf are the most popular destinations for people leaving the West End.

Mr Khan said: “Delivering the transformational Elizabeth line has provided a massive boost to London’s businesses this year, crucial after the pandemic.”

Mr Harper said: “This incredible project, which Government invested over £9 billion into, has already created over 55,000 jobs and is expected to generate £42 billion for the entire UK economy, is a shining example of what we can do when working together .”

TfL commissioner Andy Lord said: “I am extremely proud that the Elizabeth line has not only become part and parcel of traveling in London and the South East over the past six months, but that it is also showing how sustainable and affordable transport can drive the city’s economic growth and recovery. “

“We look forward to welcoming many more customers onboard as they experience and enjoy the very best of what the capital has to offer as the festive season begins.”

Dee Corsi, Chief Executive at New West End Company, said: “The high-speed line has not only improved the commuter experience for domestic and overseas visitors, but has also significantly boosted our recovery in the lead up to the festive season.

“Looking further ahead, the long-term impact of the line cannot be downplayed.”

Ros Morgan, chief executive of Heart of London Business Alliance, said: “The opening of Bond Street station couldn’t have come at a better time, ahead of the busy festive period.”

The line’s full timetable will be implemented next May, with 24 trains per hour between Paddington and Whitechapel during peak periods, and 16 off peak. Direct services from Shenfield to Heathrow Airport will also start, ending the current need to change trains.

How to Start a Tutoring Business – London Business News