Tyson Fury has claimed he doesn’t need any quality sparring to beat Brixton’s Dillian Whyte in the Wembley Stadium showdown on April 23.

Whyte – nicknamed The Bodysnatcher – has stayed silent since the bout against the WBC world heavyweight champion was ordered.

The South Londoner, 33, also opted not to attend a press conference at the national stadium on Tuesday staged by Queensberry Promotions, who teamed up with Top Rank to lodge a record purse bid of £31million.

Whyte is guaranteed a career-high payday of £6m.

“Dillian Whyte isn’t some slick American – I can spar the local binman,” said Fury, when asked if he would be able to bring in Ohio’s Jared Anderson for sparring. “He is an average heavyweight with average skills.” 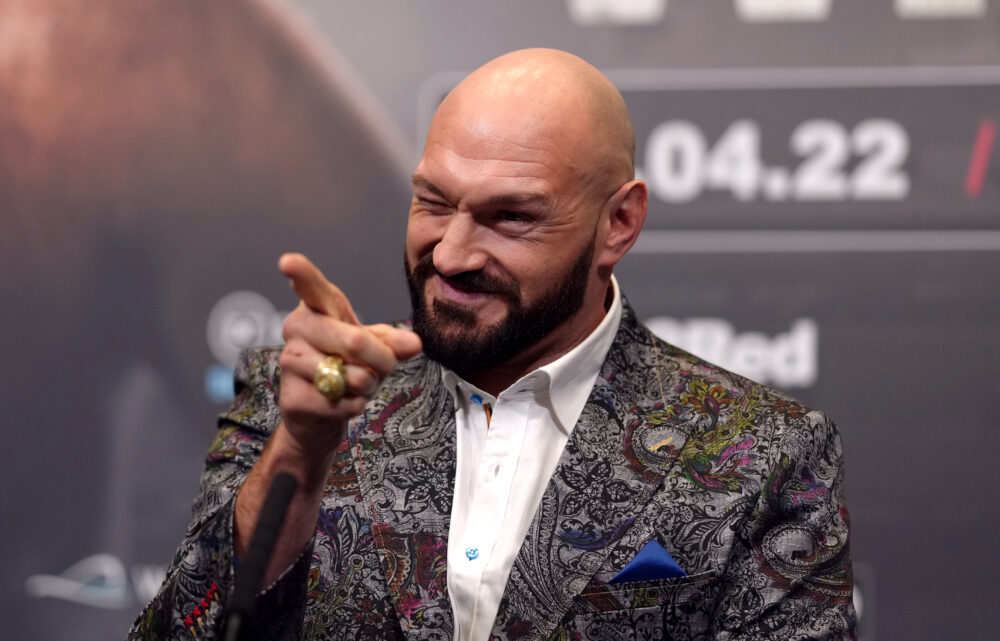 Fury also dismissed any suggestion that Whyte, who holds the WBC Interim world title, has improved since he was halted in seven rounds by Anthony Joshua in 2015.

“I saw him get knocked spark out by a 45-year-old [Alexander Povetkin] at the end of his career,” added Fury.

“A bum is a bum, he belongs in the bum section.”

Queensberry Promotions have applied to the local authorities to extend Wembley’s capacity to 100,000 after 85,000 tickets were sold within three hours.

Promoter Frank Warren said: “I always imagined that this fight wouldn’t be a hard sell so I am happy we opted to stage it in the biggest and best venue in the UK. This illustrates just what a big draw Tyson has become, his personality is infectious and he truly is a champion of the people.

“He is also the number one heavyweight in the world and one of the most recognized sportsmen on the planet. I am thrilled that we are bringing him back to Britain to perform on the biggest stage of all against Dillian Whyte and a domestic dust-up that will be the biggest boxing event of the year.

“I would like to take this opportunity to thank the fans for their incredible support of this event and we will be in for some night on April 23 at Wembley Stadium.”