How To Give It: six fall initiatives for art, food and fashion lovers Rashid Johnson’s “Or Down You Fall” (2021) is one of the works of art that Christie’s is auctioning for the benefit of ClientEarth © Rashid Johnson. Photo: Martin Parsekian

To advance the art world in the fight against climate change, environmental organizations Gallery Climate Coalition and ClientEarth have partnered with Christie’s to auction seven works of art in London, New York and Hong Kong. After last week’s sale of Cecily Brown’s There’ll Be Bluebirds, the 20th to 21st Century Art Auction in November will feature a painting by American artist Rashid Johnson with bruises ($ 650,000- $ 850,000). All proceeds will support the work of ClientEarth in the design, implementation and enforcement of environmental laws. Next up is a work by Beijing-based artist Xie Nanxing, followed by works by Antony Gormley and Beatriz Milhazes in 2022. November 9, christies.com

A food festival to put the food system in order 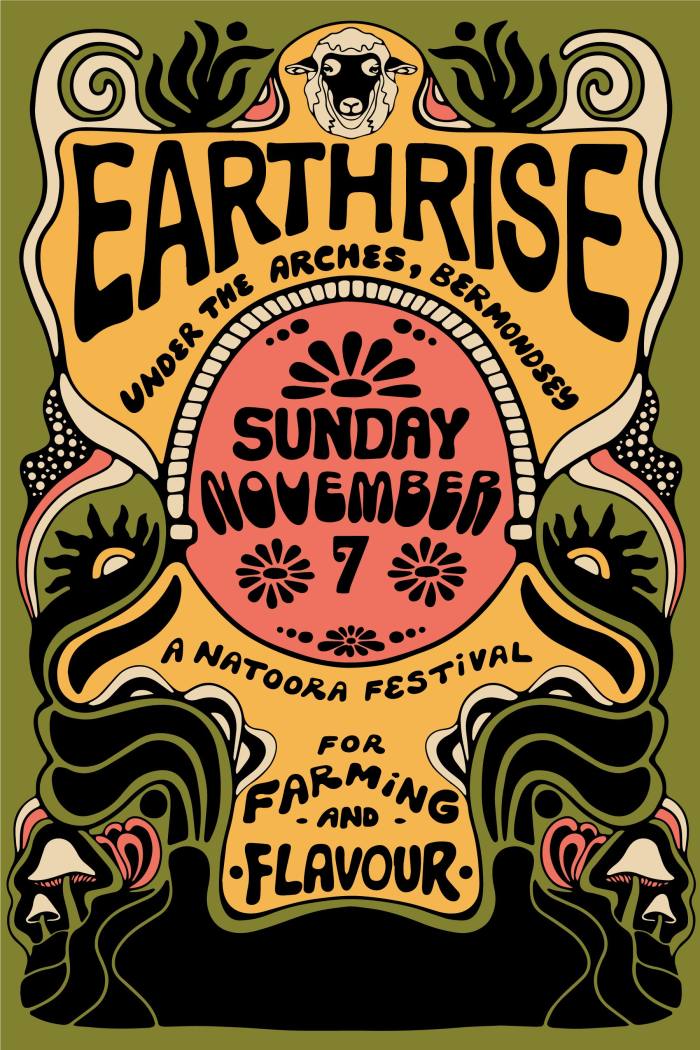 When the world’s restaurants are not being supplied with seasonal produce, global greengrocer Natoora is working to build sustainable supply chains across the food system. Last month the company presented the Farm Fund, an initiative that supports agro-ecological projects in Europe and the US, from the British Young Farmer Grant to SAAFON (South-Eastern African American Farmers Organic Network). Fundraising begins in November with Earthrise, a food festival in south London that donates all ticket proceeds to the project. Expect fire cooked lunches, panel discussions with leading chefs, and music from the DJ who has become farmer Andy Cato. Tickets from £ 70, natoora.com 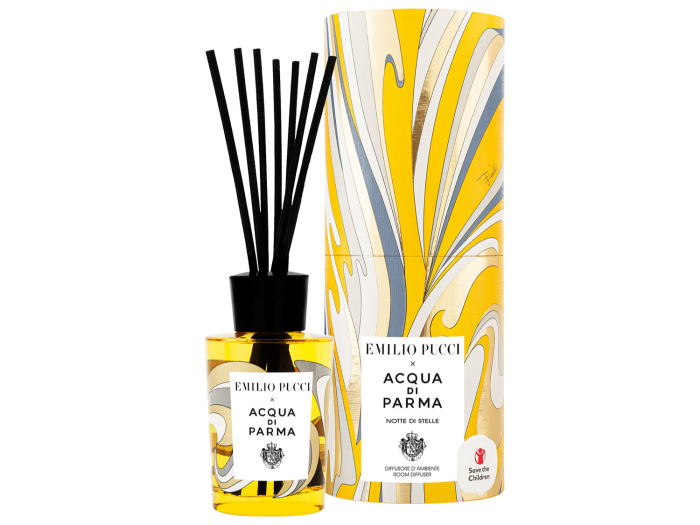 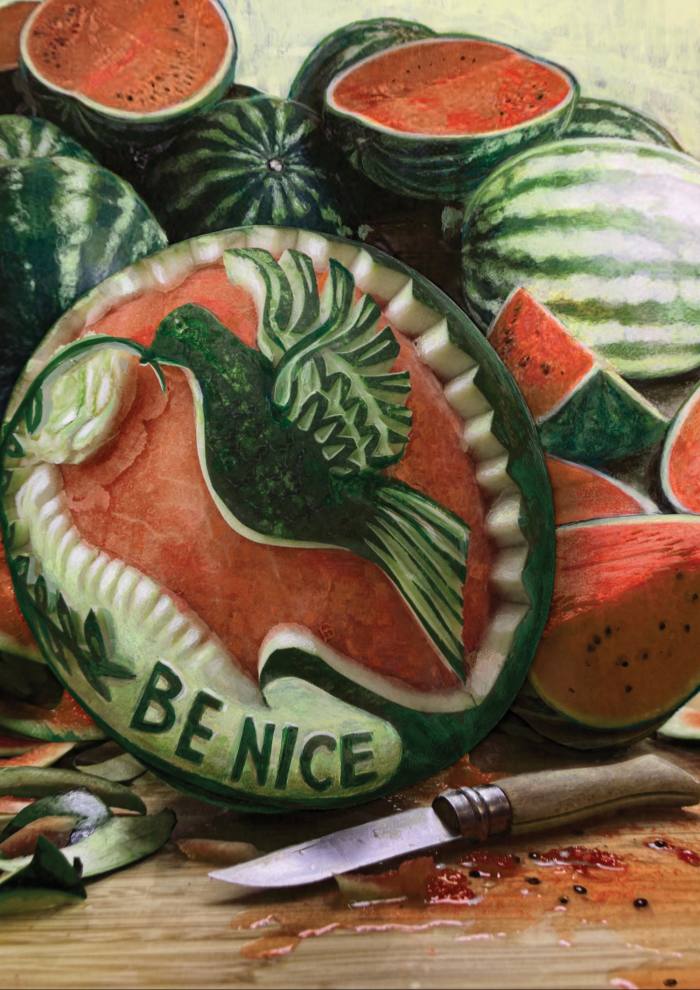 You can purchase a watermelon-inspired print by Lisa Brice for £ 120. . . 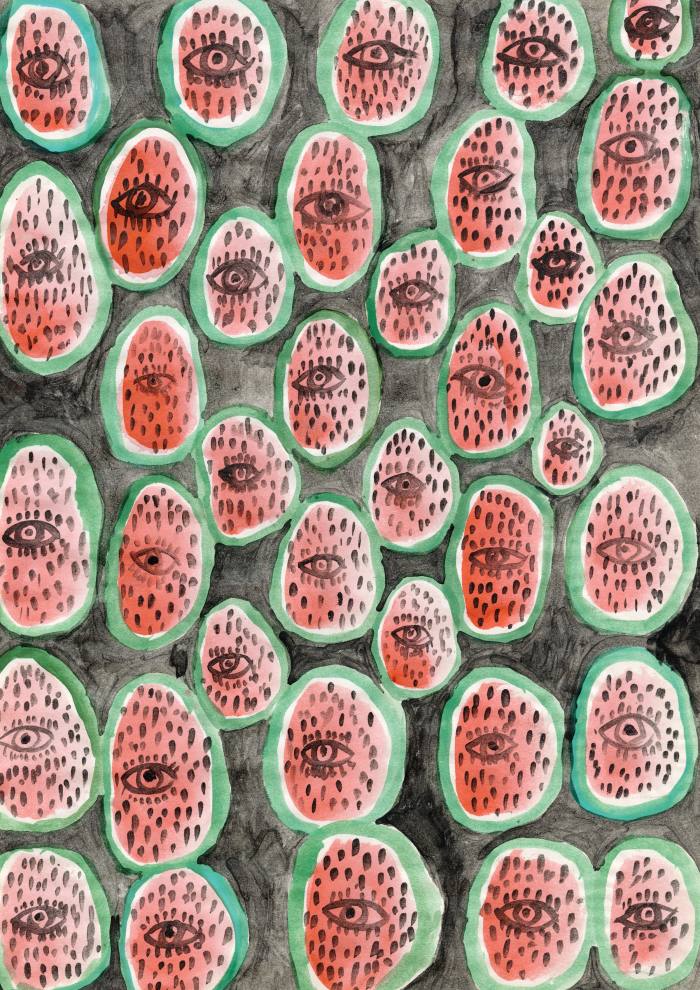 . . . or Peter Doig for medical aid for Palestinians

When Israel banned the Palestinian flag and its colors in Gaza and the West Bank in 1967, activists responded by carrying watermelons around with them. Over 50 years later, the Artists Against Apartheid fundraising group asked 24 artists – including Peter Doig, Alvaro Barrington, and Lisa Brice – to create works in response to the fruits. The resulting print sale (£ 120 each) will donate all of the proceeds (minus printing and postage) to Medical Aid for Palestinians, a charity that provides sustainable local health care to those living under the occupation. artistagainstapartheiduk.com 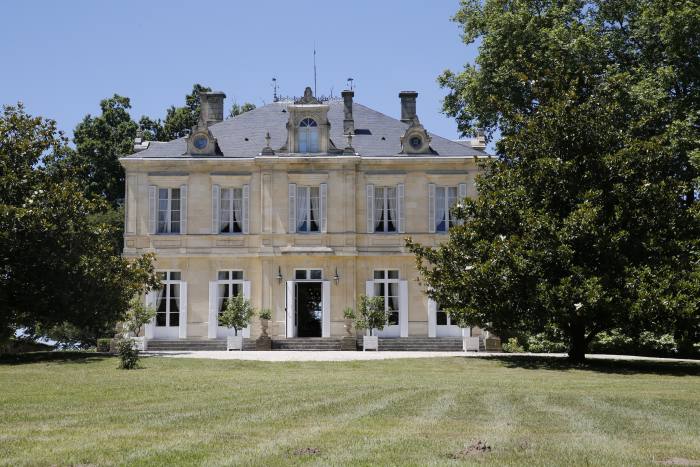 For the second year in a row, the One Drop Foundation has teamed up with the French auction house Artcurial to celebrate a night recognized by Alain Ducasse at the Dauphine Pavilion in Paris. The standout lots include a 1921 double magnum from Château Cheval Blanc, four bottles of Macallan single malt whiskey (1972, ’73, ’74 and ’75) and a private tour of Saint-Emilion’s Château Dassault. The net proceeds will help provide vulnerable communities with access to clean water. November 19, onedrop.org 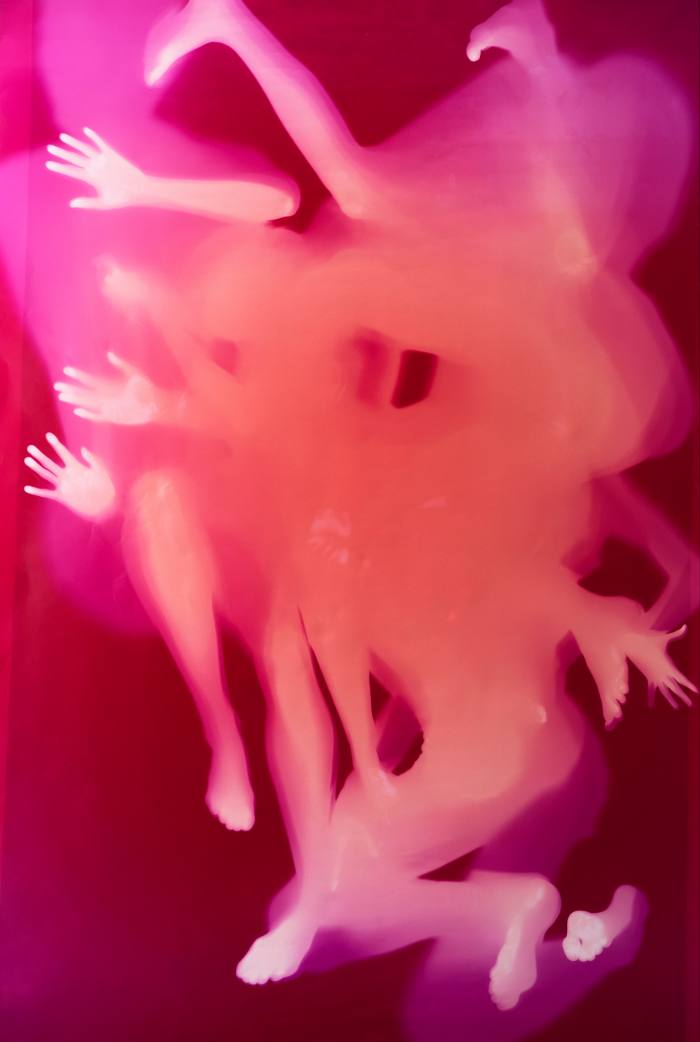 To mark its 30th anniversary, the British magazine Dazed has launched an affordable print sale, with all profits going to Centrepoint UK. The charity supports homeless people aged 16-25 – a number that has increased 40 percent in the past five years. Highlights include prints by Harley Weir, Martin Parr, and the late photographer Tish Murtha, whose images capture the inequalities faced by marginalized communities in Newcastle in the 1970s and 1980s. artforhomelessyouth.com

A Christmas concert for the MS Society 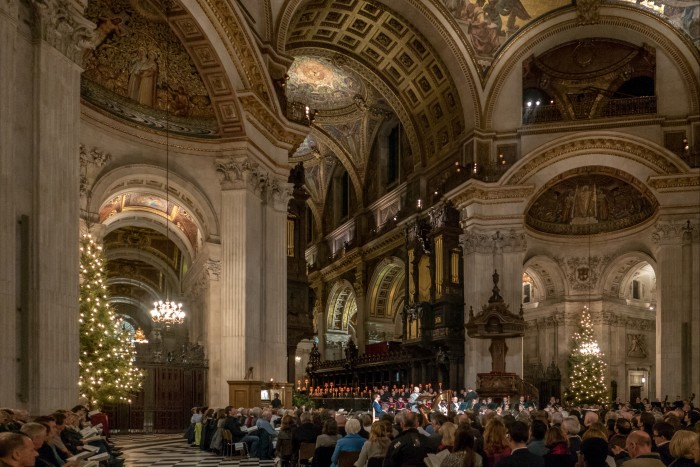 The MS Society Christmas Concert at St. Paul’s Cathedral will include readings by actors Kit Harington and Rose Leslie

This Christmas, St. Paul’s Cathedral will host a high profile concert with all ticket proceeds donated to the MS Society. Guests can enjoy excerpts from The Cellist – the story of the late musician Jacqueline du Pré who lived with multiple sclerosis – as well as readings by Game of Thrones stars Kit Harington and Rose Leslie, choir-performed Christmas carols, and performances by world-class soloists. Tickets from £ 40, mssociety.org.uk